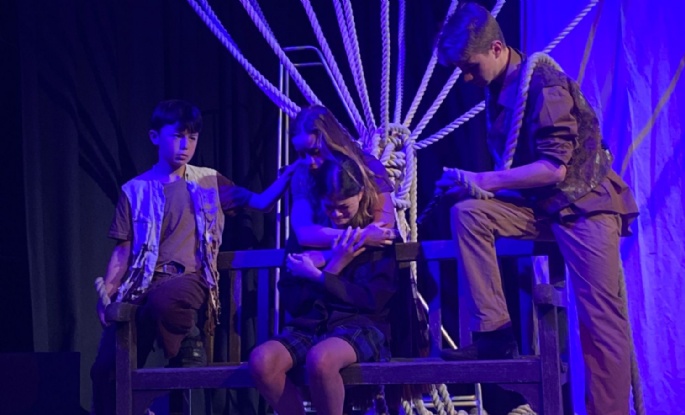 Years 8 and 9 presented a brilliantly acted version of this powerful piece.

Years 8 and 9's production of ‘A Monster Calls’, based on the novel by Patrick Ness, took place in the Summer Term 2022. It is a powerful and emotive piece that deals with mortality, grief and ultimately resolution.

The cast and crew were wonderful and performed with emotional honesty and a real commitment to tell the story as truthfully as possible. This maturity had a real impact on the audience who were emotionally drained by the end of the evening! What was so impressive was the cast and crew's real unity as an ensemble, working beautifully together to create the wonderful physical theatre scenes and the sensitive scene changing. The performers were so brave in how they communicated the grief, anger, selfishness and frustration of the characters they portrayed. They were all professional, committed and utterly delightful to direct and worthy of the standing ovation they received at each performance.